Have you found yourself constantly refreshing the #instagramdown hashtag on Twitter, purely in the hope to find a solution for why you’re suddenly losing Instagram followers?

Well if so then let me tell you the bad news; there’s nothing wrong with the Instagram servers.

In this post, I will explain why you might be experiencing a sudden drop in your daily follower count, and how to rectify the situation going forward.

The likely culprit for why you’re losing Instagram followers all of a sudden, especially when you’re normally gaining new followers every day, is because you may have been ‘shadow banned’ by the social media platform.

A shadow ban will effectively prevent your content from being shown under the respective hashtags that have been used in the post’s captions (or comments section).

To make things worse, there is no official warning when you have been shadow banned, although the sudden drop in followers should be a red flag.

The best way to spot whether you have been shadow banned or not is to search through a few of the hashtags that have been used in your latest posts, and see whether your posts show up in the feed for that hashtag at all.

This may be easier to do if you’ve used an obscure hashtag, as there will be fewer posts to sift through. Needless to say though, this should be checked by a second account just to be certain.

Avoid the headache by checking out this post I wrote on how to always beat the Instagram algorithm, which promotes growing your account the authentic way – as well as teaching you how the algorithm works!

What can cause a shadow ban?

Instagram has dispelled the notion that there is an official shadow ban, however, we all know that there definitely is one.

From my experience of growing various Instagram accounts over the past several years, I can confirm that I have had my own experience with the said account restrictions, and it can be quite demoralising as there’s no explanation from Instagram as to why it may have happened.

That being said though, my experience has taught me that there are multiple reasons why you can be shadow banned on Instagram. Some are more obvious than others, and they can all be avoided.

Instagram has really been clamping down recently on users who are abusing the platform, especially when they’re using bots to automate not only their content but their engagement too.

If you’ve been using the platform for long enough, you will be aware of the now frowned-upon growth strategy called the ‘Follow/Unfollow method’.

Many users were using bots to automate this method, where they would follow an account in an attempt to have them follow them back, before unfollowing them after a few days regardless.

This process would be automated 24/7, and after a few years of success – Instagram had enough.

Not only has the social media platform penalised offenders with shadow bans, but they have also gone as far as banning certain users from the platform indefinitely.

The Follow/Unfollow method is just one of the ways that a bot can automate your Instagram tasks, however, all of them have come under huge scrutiny in the past year or so.

If you’re thinking about using bots to further your Instagram account growth, then I would highly recommend that you avoid doing so. As an alternative, if you’re looking to schedule your Instagram posts in advance then you can use Instagram-approved services such as Buffer.

Want to know when the optimal time to post on Instagram is, and how often you should be doing so? Check out this post to find out and achieve peak engagement.

This point might be a strange one, but you can have your account restricted by Instagram if you tend to use the same hashtags over and over again.

The reason being is that the repetitive use of hashtags can be seen as a spam tactic, which could easily be done with the use of a bot, whereby you would schedule 100’s of posts in advance – all with the exact same hashtags – and then just sit back and let the followers swarm in.

Obviously, Instagram wants to keep the platform as socially engaging as possible, so they’ll penalise any accounts that appear to be doing anything that a bot might do.

To avoid getting yourself shadow banned for the repetitive use of hashtags, it goes without saying that you should mix up your hashtags regularly.

The best way to do this is to use hashtags that are relevant to the content that you’re posting, especially as Instagram is getting smarter by the day.

Don’t be surprised that Instagram’s algorithm can detect the content within an image or video, and scan your captions and hashtags for relevancy at the same time, so you probably shouldn’t be spamming the hashtag #lovethesausage unless you’re tucking into a German Bratwurst. 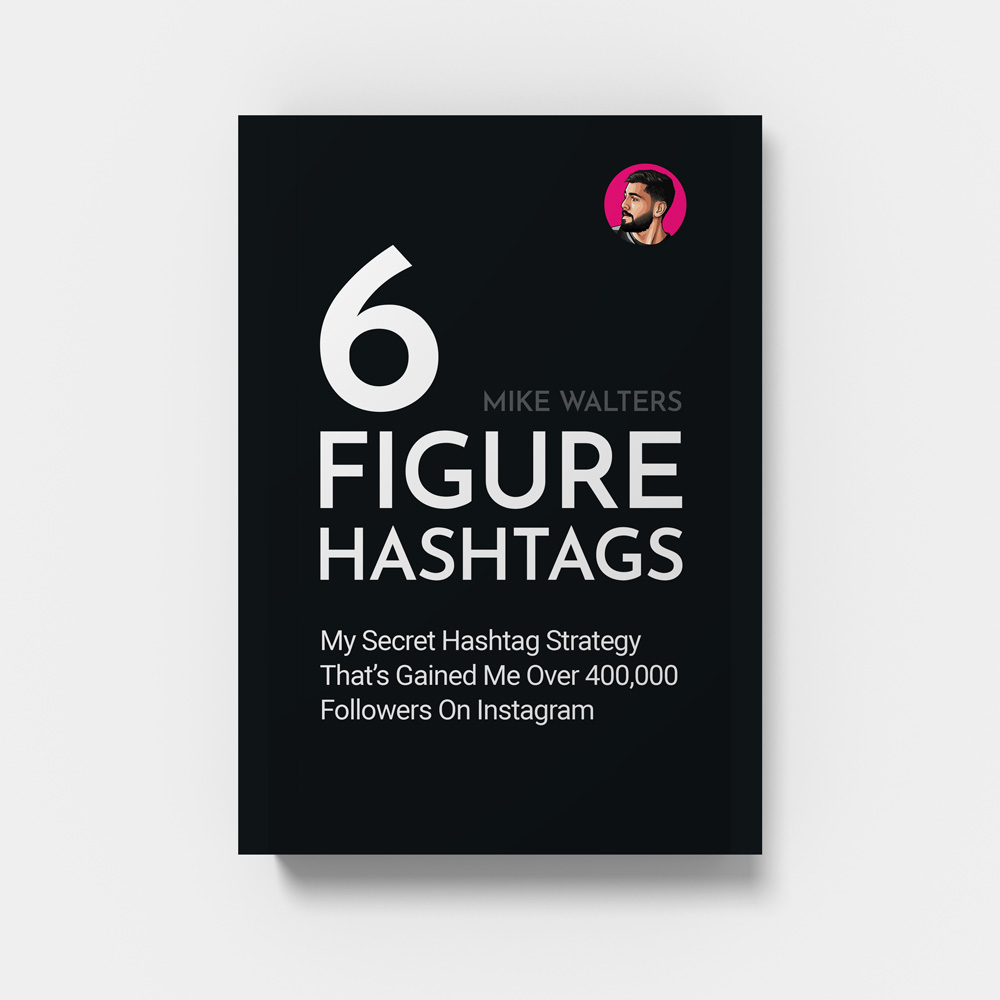 GET YOUR COPY OF "SIX FIGURE HASHTAGS"

I believe that this was the main reason as to why my @unreal.tattoos account (above) received its shadow ban recently, as I had posted an image of some women on the beach in bikinis, who were covered in large tattoos.

You’ll have to trust me when I say that there was nothing outrageous on show and that it was quite a normal post for a tattoo fan-page to share (especially on Instagram), however, I did receive a warning from Instagram that the said post had been reported and subsequently removed for “Nudity or Pornography”. Whaaat?!

I was honestly surprised as it was the sort of image you see in every other post on your Instagram feed, however, it was no big deal to me, I accepted it and moved on.

It was only a few days later though that I noticed that not only were my posts receiving less engagement, I was also losing followers too.

After searching through each hashtag, and looking for my posts, I concluded that I had in fact been shadow banned only a few days after that reported post had been taken down.

Since then I have been overly strict on the content that I post on my Instagram accounts, and am hoping that it’s the last time I get restricted!

How to remove the shadow ban

I’m not sure if you’ve noticed yet, but I haven’t yet mentioned that the shadow ban was permanent – and that’s because it isn’t.

Luckily for you, the shadow ban can be reversed, provided that you avoid making the previously mentioned mistakes, as well as first taking a break from Instagram altogether.

When I encountered my shadow ban, I decided to take a break from the platform for a week or two just to get myself back into Instagram’s good books. When I returned, I continued posting great content however this time with a closer eye on what I can’t post.

If I ever questioned whether I should post a certain image or video; then it was an automatic ‘No’ for me.

As you can see from the above example, my brief break away from Instagram, coupled with the high quality of content when I returned, meant that my account was now being shown on the respective hashtags again.

After a few days I am starting to see an average of 300 new (net) followers per day, which is still below the 500-1,000 average that I was getting before, but it is certainly better than losing 100 followers on Instagram per day!

If you really want to start growing your Instagram account the authentic way, then you should seriously consider trying out Gary Vaynerchuk’s ‘$1.80 Strategy’, and begin gaining new, targeted followers today!

If your Instagram is suddenly losing followers, then it’s probably because you’ve been hit by the infamous ‘shadow ban’.

This can be because you’ve been using unauthorised software, spamming (irrelevant) hashtags or posting controversial content.

To rectify the ban, it’s best to take a break before the platform and then avoid making the aforementioned mistakes going forward.

Do you have any questions or feedback on this post? If so, let me know in the comment section below!

I Build Killer Landing Pages That ACTUALLY Get Results... Guaranteed

I Build Killer Landing Pages That ACTUALLY Get Results... Guaranteed
PrevPreviousWhen To Post On Instagram To Get Crazy Engagement
NextHow To Get Your First 1,000 Instagram FollowersNext

Enter your email below to get access to my exclusive resource library, which includes great tools and PDFs that you can start using right away – to help make your entrepreneurial journey that bit easier.

We use cookies to ensure that we give you the best experience on our website. If you continue to use this site we will assume that you are happy with it.Ok